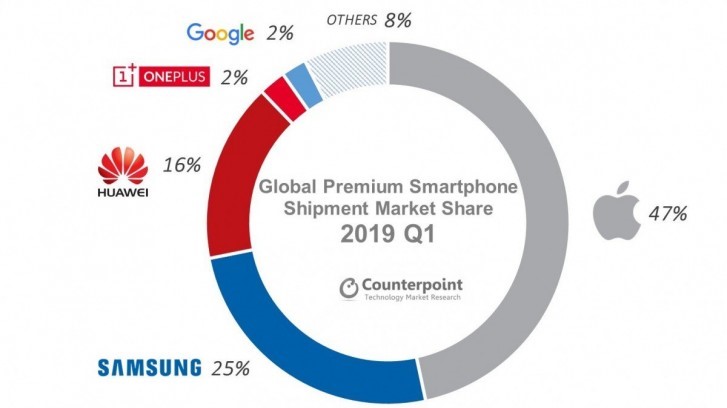 Apple has been on a roll this last decade with its products. The $2.192 trillion company has dominated the market with each new release, something analysts expect to continue. But how did Apple do it? In short, they kept innovating and putting out products that were truly ahead of their time—including the ‘face ID with mask’ feature on their iOS15.

Apple is not only a tech-company, but also a successful marketing machine. They take advantage of their monopoly power and make consumers feel special by providing them with expensive products that they can easily own, increasing the attraction to the brand.

Apple’s presence in the smartphone industry is deep, with many options available for consumers. They have their own operating system (iOS) and can produce their products with all sorts of hardware specifications. Even some of their competitors cannot match them on these two aspects since they do not have a self-developed operating system and all other vendors are not allowed to use it by default, which means it is reserved for Apple products only, unlike Android OS.

Apple didn’t start off in the lead. They were very much a latecomer to the smartphone scene, but they pretty quickly dominated it. In fact, they have had 8 years of straight market dominance since 2008—an unprecedented move in the hyper-competitive smartphone market.

To be clear, Apple has not been without close competition from the likes of Samsung—the largest smartphone maker in the world. However, lately, Samsung has not been innovating quite so much. That’s because it has been embroiled in a legal battle with Apple since 2011, claiming that it had used its patent technology illegally.

But while Samsung was busy battling Apple and trying to come up with new strategies to bounce back, competitors like Google went ahead and created their smartphones.

The iPhone is Apple’s key selling point for this strategy. Apple has come in the ranks of the smartphone market with a really hard-to-beat product, the iPhone. The existence of one feature in the iPhone which is the App Store has made it enormously popular. The App Store did not exist before the iPhone and now it is very popular in terms of number of apps, downloads and revenue. One can find almost anything on the App Store.

The App Store is actually a platform for selling digital media and software applications for the iPhone, iPod Touch, and iPad. This was supposed to be created by Apple in order to provide alternative sources of revenue for developers and also to maintain control over their application platform.

Apple’s App Store has created a substantial growth in the sales of smartphones. But the growth comes at a price; it has driven away some potential competitors from entering the smartphone market because either they don’t want to compete with Apple or they cannot afford it. Apple’s control over the App Store is a clear example of how Apple abuses their monopoly power in the smartphone market. They do this to get rid of those competitors who are even slightly better than them, in order to make their strategy work.

Apple has dominated the smartphone industry and they have done it by offering great products with a very high price tag. The iPhone is one such product which is the brainchild of Apple. It is really hard to produce an alternative product which could be close to or even slightly better than the iPhone, but still has room for improvement that Apple can tease.

An Android app which is even slightly better than the iPhone will be treated as an antagonist by Apple and a direct competitor. This has happened in the past with the launch of android phones, they were treated as dangerous and against Apple’s best interests. Similarly, one can find many applications in both Android and iOS which are almost same in terms of quality and functionalities, but still iOS owners will prefer to buy an app on iOS than Android simply because it is associated with their platform.

Apple has not developed their smartphones much as their Android competitors, considering the Z flip and Samsung Fold. However, it is so far the most well-known smartphone as its market share is tremendous than that of others.

Apple’s decision not to compete with Android in smartphone OS has also helped Android’s line up to be more diverse. It is open enough for users to change the software, so users can choose from different brands and models of smartphones by just switching their operating systems relatively easily. This offers more choices for both the device purchaser and consumers who want to use a specific app for daily functions.

Android has similarities with iPhone on hardware level, but still has a lot of additions that Apple’s iPhone does not have. These add-ons include apps that work with non-Apple devices, and more features. Having a variety of choices in the market offers more options to buyers and consumers who want to use a specific app for daily functions and those who are looking for new experiences.

The development of Android has also increased its market share, despite, in the opinions of some, not being quite as good as Apple’s iPhones or other smartphones. It is still a growing option that has rapidly increased in both popularity and availability, especially on mobile networks. This has helped Android users’ choice when they do not want to use an iOS device. The technology has influenced other companies’ decision to develop their own OS, as they see that Android has a place in the market.